Seafieldroad (aka Andrew from Swimmer One) is releasing a song for Scottish independence. Here he explains why…

Unless I’ve just failed to notice, hardly anyone seems to be writing songs about Scottish independence (except, according to some people, Paolo Nutini). I wonder why, given all the evidence that Scotland’s artists are largely voting Yes (there is even an artist-led campaign for independence, the National Collective). Won’t even the Proclaimers have a go? Or Biffy Clyro? Or prominent Yes campaigner Pat Kane, whose first hit was a song about Margaret Thatcher?

I suspect it’s because the independence movement bears almost no resemblance to the thing the No campaign likes to paint it as – an army of sentimental nationalists. It’s a movement that, if it wins the day on 18 September, will win on the strength of its arguments – political, moral, and economic – rather than its rousing, emotional choruses. I get the impression that Scotland’s artists are sensitive to this, and don’t want to give the opposition any ammunition. Talking to Deacon Blue’s Ricky Ross last year, I found a man passionate about the cause but determined to engage with it in the right way – which, for him, was talking to people individually and directly rather than preaching from a stadium. I don’t have that dilemma (it would be an empty stadium) but it’s an approach I agree with.

And yet here I am, putting a song out. Why would I do such a foolish thing? Because, I suppose, I want to participate in this big historical moment as fully as possible, to the best of my abilities. I’ve written about independence as an arts journalist, but I left the Scotsman/Scotland on Sunday in January (not because of my political views, or theirs; it was just time to do something else with my life). I could carry on writing opinion pieces as a freelancer or blogger, and might still do that, but so far I haven’t thought of anything to say that Iain Macwhirter, Robin McAlpine or Joyce McMillan hasn’t already expressed more eloquently. I’ll happily talk about it, if people keep asking me, but I’m no Alan Bissett either.

Songs, though, are my comfort zone; I’ve written them obsessively since I was about 13. And so I give you This Road Won’t Build Itself. It’s about raising children as much as politics; it was written for an album I’m currently recording called The Winter of 88, which is full of quite personal, intimate songs about family and ageing. The album won’t be out until after the referendum, and in that context the song will mean something different, but it was very much shaped by my feelings about the independence debate – a clash, it’s difficult not to conclude, between idealism and hope on one side (the Yes campaign) and scaremongering, condescension and bullying on the other (the No campaign).

That’s not how I would have described the debate a year ago. In fact, I would probably have dismissed the idea as propaganda from the Yes side. Except that evidence keeps piling up: the revelation that Better Together actually describe their own campaign as ‘project fear‘; the galling contrast between the attitudes of their campaign manager and the campaign manager of Yes Scotland; an apparently endless string of incidents like these and these.

I am neither a nationalist nor a full-blooded Scot. I grew up in the north of England, and was, until relatively recently, a Labour voter and a unionist. Like Iain Banks and David Greig, whose thinking on the subject helped shape mine, I was won over to the Scottish independence movement gradually, by the realisation that all the most progressive political thinking seemed to be coming from the Yes side. Talking to Yes campaigners, and reading their ideas, I was hearing exciting proposals for fairer tax systems, stronger communities, more inclusive education and childcare, green energy, and the abolition of nuclear weapons: a realistic, workable, tantalising alternative to neoliberalism. Not all of this is reflected in SNP policy, but a lot of it is, and there is a growing grassroots movement that will work hard to ensure any future Scottish government (SNP, Labour, or whoever) lives up to the ‘early days of a better nation’ idealism that we’re seeing now – a movement that, I believe, will be more powerful and persuasive after independence simply by virtue of being geographically closer to the centre of power.

Faced with this, the No campaign mostly just jeers that it can’t be done because Scotland can’t afford it (despite plenty of economic evidence that it can), or because Westminster or Europe won’t let it (for a counter blast to those claims, read this). Or, when it’s trying to flatter us, it offers sentimental, nationalistic but ultimately rather hollow and patronising speeches about how great our country is (which is more than a little ironic, given that the Yes campaign is constantly accused of doing this, yet in reality it hardly ever does).

The other thing constantly thrown at Yes supporters is that we’re naive fantasists who think an independent Scotland would be some sort of utopia. Well, whatever; that’s not my experience, and it certainly doesn’t ring true when reading writers of the calibre of Lesley Riddoch and Gerry Hassan. What I see is a broad coalition of people – academics, economists, thinktanks and, yes, artists – who are passionate about making Scotland a better, fairer, more equal place to live, and willing to work hard to make it happen. I haven’t seen that kind of positive energy in politics for a long time, not in this country anyway. It’s made voting feel exciting again, which is quite something.

So I’ve written a song about hope, defiance, and idealism, and about what people who feel those things find themselves up against. It’s not remotely nationalistic, and I hope it doesn’t seem sentimental or naïve either. It could, I think, apply to the USA before Barack Obama’s election as easily as Scotland now (and yes, I think the two are comparable politically – ‘the audacity of hope’ would make a very good Yes campaign slogan). Like the referendum debate, the song is slow and quiet for a while, then becomes a big, rowdy chorus of voices right at the end. For the record, the line ‘we won’t get to live there’ doesn’t refer to a fantasy Scotland but to the kind of future I’d like my children to live in once I’m gone – a real, solid future, just one I won’t necessarily be around to see.

I’m sure some people will hate it. But fuck it. This is what I do. I’m not trying to change anyone’s vote with a song. I’m just expressing what I think, in a different way from before. Should musicians who are voting Yes sing about it? I don’t know. Should I? I don’t know. But as it turns out I have, so there we are. Discuss.

You can download the song at Seafieldroad’s Bandcamp page. It’ll be in iTunes soon too. All proceeds will be donated to The Common Weal, a project dedicated to exploring a new kind of politics for Scotland, for the benefit of all.

My thanks to Andy Moore, for his lovely trumpet playing, to Hamish Brown, who produced the song, and to the Seafieldroad choir (Laura Eaton-Lewis, Joanne Richardson and Martin Bainbridge). 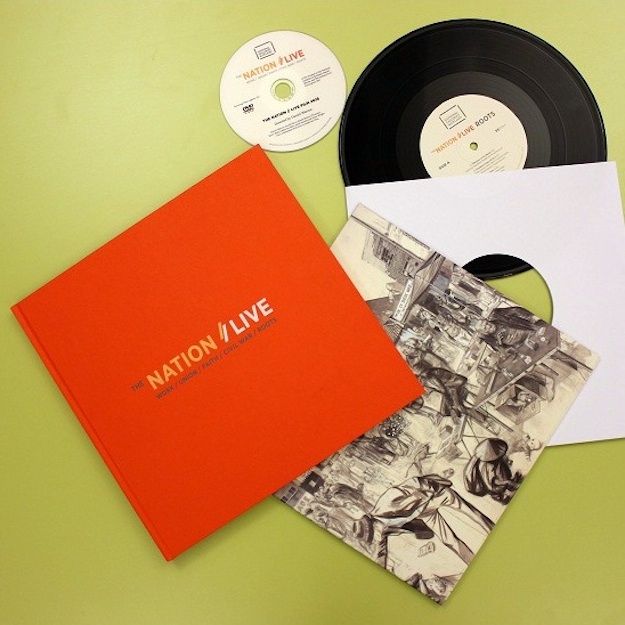 If you know much about Swimmer One, you’ll have heard of our long-time friend and collaborator Daniel Warren, who has designed all Swimmer One (and Seafieldroad) artwork, as well as directing numerous films to accompany our songs – from We Just Make Music For Ourselves to Ghosts in the Hotel. He also worked with us on Whatever Gets You Through The Night.

Daniel’s latest project is film forming part of a major new exhibition and commission by the Scottish National Portrait Gallery, called The Nation / Live. The exhibition is accompanied by a hardback book, a DVD of the film and a beautiful 10-inch vinyl record of songs and sounds curated by Wounded Knee (aka singer/song archivist/experimentalist Drew Wright) – featuring some recording and mixing work by Hamish Brown of Swimmer One and contributions from Polish choir Davno, beatboxer Bigg Taj and members of Sparrow and the Workshop. Find out more (and buy it if you like).

THE NATION // LIVE – PROJECT TRAILER from danielwarren.tv on Vimeo. 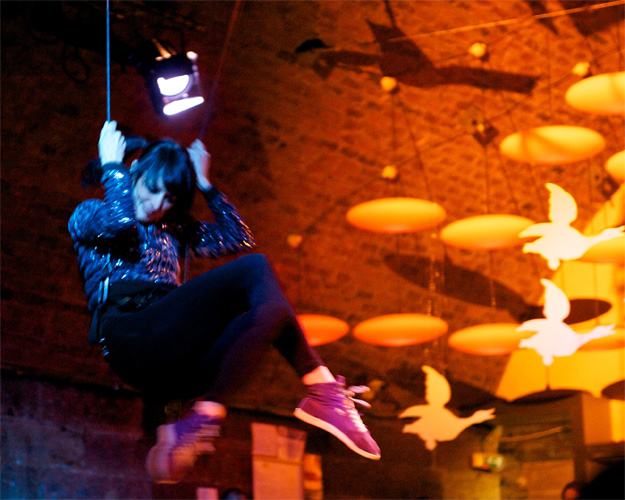